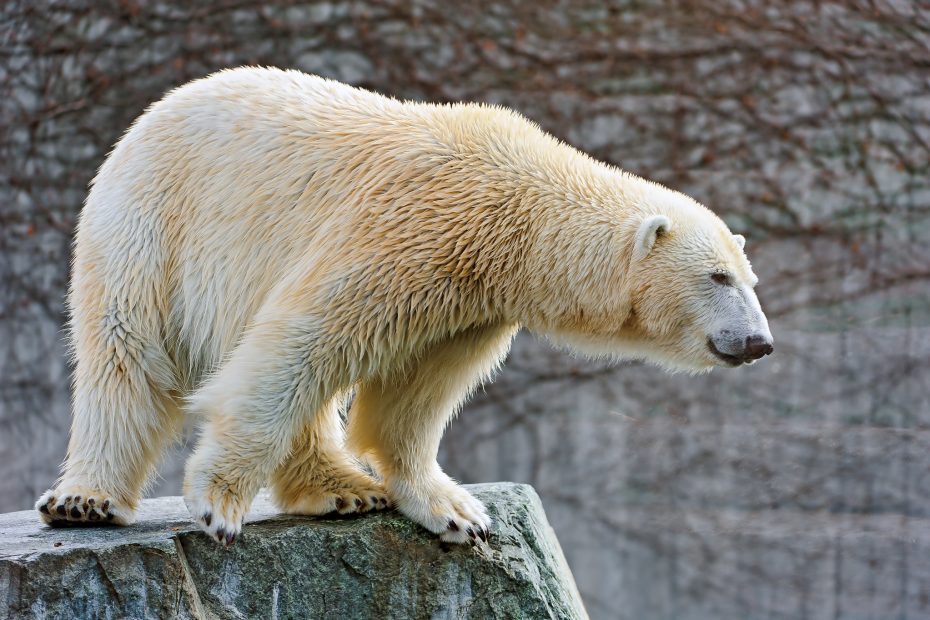 I hope you enjoyed the vocab exercise from the reading and testing your ‘schema’ – the ability to predict a topic, using top-down processing to get a holistic understanding of a topic from you world knowledge.

I wonder what were your thoughts about ‘Polar bears’ and ‘why we need them’!

It is often possible to guess if something is true/ false from your own world knowledge. Have a look at these questions based on your knowledge or common sense:

In boxes 1-7 on your answer sheet, write

So q.1 is unlikely to be true as the text is about ‘why we need them’ and there must be a positive reason for this.

q.2 is also unlikely as it is more likely in science to make wider comparisons (different bears?)

q.3 is easy to check for synonyms and if something like ‘first’ is not mentioned – we know that this will be simple.

q.4 possibly true as we are looking for something scientific which is likely to be helpful

q.5 probably true as we know that bears hibernate.

q.6 probably false as we are looking for good scientific evidence of something.

q.7 it seems common sense that if ‘we need polar bears’ then we will need to apply some findings to humans; therefore it is true.

Why we need to protect polar bears

Polar bears are being increasingly threatened by the effects of climate change, but their disappearance could have far-reaching consequences. They are uniquely adapted to the extreme conditions of the Arctic Circle, where temperatures can reach -40°C. One reason for this is that they have up to 11 centimetres of fat underneath their skin. Humans with comparative levels of adipose tissue would be considered obese and would be likely to suffer from diabetes and heart disease. 1 (False) Yet the polar bear experiences no such consequences.

A 2014 study by Shi Ping Liu and colleagues sheds light on this mystery. They compared the genetic structure of polar bears with that of their closest relatives from a warmer climate, the brown bears. 2 (False) 3(Not given). This allowed them to determine the genes that have allowed polar bears to survive in one of the toughest environments on Earth. Liu and his colleagues found the polar bears had a gene known as APoB, which reduces levels of low-density lipoproteins (LDLs) – a form of ‘bad’ cholesterol. 4 (True) In humans, mutations of this gene are associated with increased risk of heart disease. Polar bears may therefore be an important study model to understand heart disease in humans.

The genome of the polar bear may also provide the solution for another condition, one that particularly affects our older generation: osteoporosis. This is a disease where bones show reduced density, usually caused by insufficient exercise, reduced calcium intake or food starvation. Bone tissue is constantly being remodelled, meaning that bone is added or removed, depending on nutrient availability and the stress that the bone is under. Female polar bears, however, undergo extreme conditions during every pregnancy. Once autumn comes around, these females will dig maternity dens in the snow and will remain there throughout the winter, both before and after the birth of then cubs. This process results in about six months of fasting, where the female bears have to keep themselves and their cubs alive, 5 (true) depleting their own calcium and calorie reserves. Despite this, their bones remain strong and dense. 6 (false)

Physiologists Alanda Lennox and Allen Goodship found an explanation for this paradox in 2008. They discovered that pregnant bears were able to increase the density of their bones before they started to build their dens. In addition, six months later, when they finally emerged from the den with their cubs, there was no evidence of significant loss of bone density. Hibernating brown bears do not have this capacity and must therefore resort to major bone reformation in the following spring. If the mechanism of bone remodelling in polar bears can be understood, many bedridden humans, and even astronauts, could potentially benefit.  7. (true)

So it is easy enough to predict answers.

Here are some general tips for true/ false, yes/ no, not given: