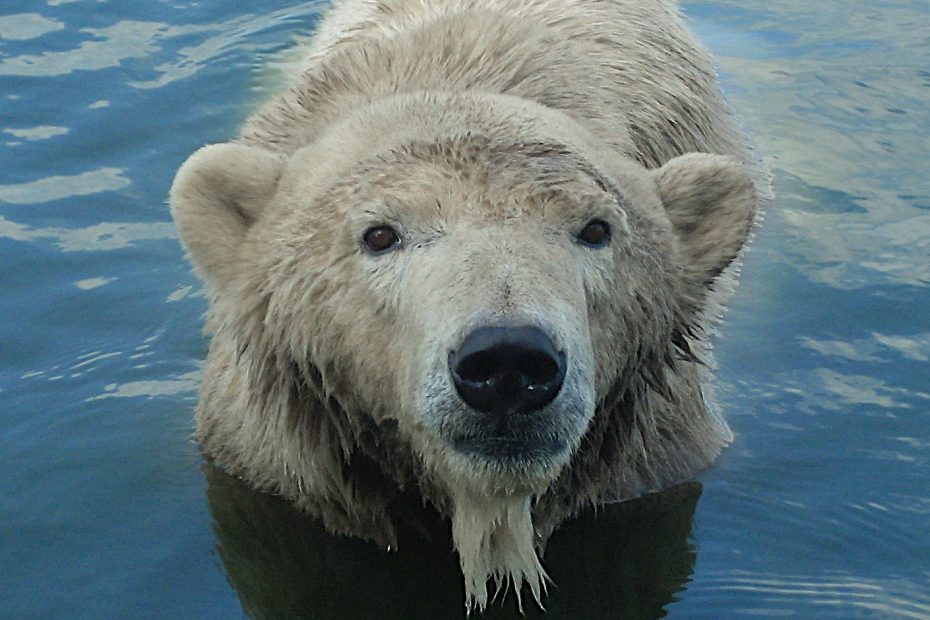 It is important for any reading to be able to predict the content of the article.

This is called top-down processing where the reader uses his/ her background knowledge to predict the meaning of the reading or listening text.

Here is a text from Cambridge 16 practice tests. What words, ideas, themes come to mind when looking at this title?

“Why we need to protect polar bears“

What do you know about these animals? What words would you use to describe them and their environment?

Bottom-up processing is about decoding where learners must focus on the actual words or sounds in the text to make up meaning.

You need both of these 🙂

IELTS reading can vary in difficulty depending on the text, level of specialism and use of language.

According to grammarly this text has the following features:

This text is likely to be understood by a reader who has at least a 9th-grade education (age 15). Aim for the score of at least 60-70 to ensure your text is easily readable by 80% of English speakers.

So it’s not very readable. It will probably be quite scientific.

Here is a list of the most complex language from the article. How much do you already know?

Here are some definitions :)

Here is part of the text. Can you see the darker highlighted parts of the text? They are the content words – the ones that form meaning. They are also the most complex items. Can you understand the text fully from these words?

Here is the full text.

Why we need to protect polar bears

Polar bears are being increasingly threatened by the effects of climate change, but their disappearance could have far-reaching consequences. They are uniquely adapted to the extreme conditions of the Arctic Circle, where temperatures can reach -40°C. One reason for this is that they have up to 11 centimetres of fat underneath their skin. Humans with comparative levels of adipose tissue would be considered obese and would be likely to suffer horn diabetes and heart disease. Yet the polar bear experiences no such consequences.

A 2014 study by Shi Ping Liu and colleagues sheds light on this mystery. They compared the genetic structure of polar bears with that of their closest relatives from a warmer climate, the brown bears.

This allowed them to determine the genes that have allowed polar bears to survive in one of the toughest environments on Earth. Liu and his colleagues found the polar bears had a gene known as APoB, which reduces levels of low-density lipoproteins (LDLs) – a form of ‘bad’ cholesterol. In humans, mutations of this gene are associated with increased risk of heart disease. Polar bears may therefore be an important study model to understand heart disease in humans.

The genome of the polar bear may also provide the solution for another condition, one that particularly affects our older generation: osteoporosis. This is a disease where bones show reduced density, usually caused by insufficient exercise, reduced calcium intake or food starvation. Bone tissue is constantly being remodelled, meaning that bone is added or removed, depending on nutrient availability and the stress that the bone is under. Female polar bears, however, undergo extreme conditions during every pregnancy. Once autumn comes around, these females will dig maternity dens in the snow and will remain there throughout the winter, both before and after the birth of then cubs. This process results in about six months of fasting, where the female bears have to keep themselves and their cubs alive, depleting their own calcium and calorie reserves. Despite this, their bones remain strong and dense.

Physiologists Alanda Lennox and Allen Goodship found an explanation for this paradox in 2008.They discovered that pregnant bears were able to increase the density of their bones before they started to build their dens. In addition, six months later, when they finally emerged from the den with their cubs, there was no evidence of significant loss of bone density. Hibernating brown bears do not have this capacity and must therefore resort to major bone reformation in the following spring. If the mechanism of bone remodelling in polar bears can be understood, many bedridden humans, and even astronauts, could potentially benefit.

The medical benefits of the polar bear for humanity certainly have their importance in our conservation efforts, but these should not be the only factors taken into consideration. We tend to want to protect animals we think are intelligent and possess emotions, such as elephants and primates. Bears, on the other hand, seem to be perceived as stupid and in many cases violent. And yet anecdotal evidence from the field challenges those assumptions, suggesting for example that polar bears have good problem-solving abilities. A male bear called GoGo in Tennoji Zoo, Osaka, has even been observed making use of a tool to manipulate his environment. The bear used a free branch on multiple occasions to dislodge a piece of meat hung out of his reach. Problem-solving ability has also been witnessed in wild polar bears, although not as obviously as with GoGo. A calculated move by a male bear involved running and jumping onto barrels in an attempt to get to a photographer standing on a platform four metres high.

In other studies, such as one by Alison Ames in 2008, polar bears showed deliberate and focussed manipulation. For example, Ames observed bears putting objects in piles and then knocking them over in what appeared to be a game. The study demonstrates that bears are capable of agile and thought-out behaviours. These examples suggest bears have greater creativity and problem-solving abilities than previously thought.

As for emotions, while the evidence is once again anecdotal, many bears have been seen to hit out at ice and snow – seemingly out of frustration – when they have just missed out on a kill. Moreover, polar bears can form unusual relationships with other species, including playing with the dogs used to pull sleds in the Arctic. Remarkably, one hand-raised polar bear called Agee has formed a close relationship with her owner Mark Dumas to the point where they even swim together. This is even more astonishing since polar bears are known to actively hunt humans in the wild.

If climate change were to lead to their extinction, this would mean not only the loss of potential breakthroughs in human medicine, but more importantly, the disappearance of an intelligent, majestic animal.